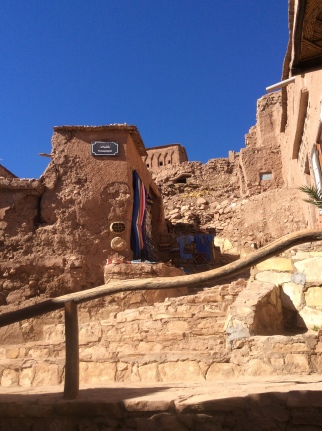 In America we read in the news of shootings, and Trump asks for the deportation of the nearly 11 million that are living in the US without permission. Last September, 17,000 Columbians fled Venezuela after 1,500 Columbians were deported from Venezuela. Syrians escaping their country as a result of the war have created the greatest migration since WWII. All this, and yet at Christmas we wish each other peace. At the start of the new year, even to strangers we often wish others happiness. Nevertheless, division lines between who is deemed as an insider and who is an outsider seem to be growing. Though it may seem that tensions are about race or religion, often times, if one digs deeper, however, the root of the tension is economic. Recent research in Germany, the  Washington Post reports, that those who are economically disadvantaged are those who are more likely to be persuaded that race and religion are causes of fear. “According to polls, whites with a high school degree or less disproportionately favor Trump. These are the same people who have seen their economic opportunities decline the most in recent years. This group also disproportionately favors tough restrictions on immigration.”

In Morocco the country I recently visited, however, a different story is promoted by the people on the street. Tourism is important to Morocco’s economy. They depend on welcoming diversity, and across Morocco you hear Moroccans tell you a story of living in harmony with others. In Tangier a synagogue, mosque, and church are within visual sight of each other. In Fez, a man tells us “We sit in the cafe talking together, Jew and Muslim. The prayer call comes. We go off and pray, then come back and pick up the conversation. We are friends.” It’s true that the majority of Moroccans are Muslim, and that only 1% are other–Christian, Jewish or Baha’i. Even so, people in Morocco have an attitude of open hospitality.

While walking around the area of Fez where the majority of Jews once lived before the sate of Israel was created and most moved to Israel, I saw an old man sitting on the street having difficulty getting up. A person near him saw his difficulty and came over to help him. To sit on the street is not an uncommon thing in Morocco. Many people do it in Morocco in order to take in the sun as well as to sell things. Some sit on the street because they are poor. To notice someone’s difficulty to stand demonstrates an awareness of others, and a sense of community. This wasn’t a singular act. Later that day, I also noticed an older man walking up a side street with a cane. His outer cape was slipping from his shoulder and the man walking up behind the older man noticed this, and stopped to lift the robe to the old man’s shoulders, then continued on his way as if helping the other were commonplace, the most natural thing in the world. Again, here I saw an awareness of others demonstrated in simple acts. On several occasions and by different people I was told that people who live near each other help one another. They share their lives with each other and are like family. They aren’t people who happen to live near each other. They communicate.

Even in the Fez medina–the winding open air market, one of the most known souqs in the world, and full of pedestrian traffic, a beggar woman looked at me kindly with a wide, open smile when I greeted her saying “Assalamu ‘alaykum.” Again, at the Moulay Idriss tomb, three women sitting on mats leaning against the wall greeted me with smiles much wider and longer than simple politeness when I said “Sabah al-khair.” At breakfast in the guesthouse where we stayed in Fez, the woman serving us breakfast went about her work with joy in her movements and her voice. It was clear her work wasn’t merely her job; it was her way to give happiness to others. The French woman at the table across from us said something, and the woman serving us food leaned over to hug her and say something to her in a cheerful voice, then went on with her work. In Bhalil, a Berber village outside of Fez, a woman invited us in to see her cave house when she saw my husband and I walking by. She was hanging her laundry out and happened to see us, and wanted us to visit. In Ait Bin Haddou a shop owner invited us to share his lunch, later insisting we return to share tea.

Not all encounters in Morocco were like this. On the streets there is the hustle bustle of business, and children wrestling with each other and running around in active play as they walk to and from school–people are involved in their own lives and worlds, as they would be anywhere. It’s also true that crime in Morocco has risen over recent years, according to the Numbeo web site as well as the Knoema website. Crime statistics are not like what you notice in the US, however, where according to BBC there were 353 mass killings in 2015,62 shootings at schools,12,223 people killed in gun incidents, and 24,722 people were injured in gun incidents.  Flight attendant Rose Hamid stands up in silent protest when, according to CNN Trump “suggested that Syrian refugees fleeing war in Syria were affiliated with ISIS.” She is booed and shouted at to get out, according to the article. In contrast, when visiting Morocco, non muslims are welcomed and shown hospitality, a quality often ignored by the media, but  found throughout this dominantly Muslim country. Why is it that Moroccans recognize the stranger and honor him or her and in America, we are afraid of the stranger? When in  Ait Bin Haddou, one man told me “To visit a country is not only to see, it is to learn something about the culture.”  Maybe the person greeting you as you walk by wants to sell you something from his shop, but he also wants to sit with you and get to know some of your story. It seems we could learn from the Moroccan’s approach to things.

As Barry Lopez writes, ““Everything is held together with stories. That is all that is holding us together, stories and compassion.” Maybe we need to become hospitable to our own selves and the the things we don’t understand, our questions and struggles–to the stranger inside us. Maybe conversations with the other–with those we are afraid of–would better help us understand not only their own story but our own. Lopez writes, “Conversations are efforts toward good relations. They are an elementary form of reciprocity. They are the exercise of our love for each other. They are the enemies of our loneliness, our doubt, our anxiety, our tendencies to abdicate. To continue to be in good conversation over our enormous and terrifying problems is to be calling out to each other in the night. If we attend with imagination and devotion to our conversations, we will find what we need; and someone among us will act—it does not matter whom—and we will survive.” If we can’t travel to foreign countries and immerse ourselves in another way of seeing and being, we can read novels by writers from or about other cultures. We can view documentaries. It is still possible to expand our understanding through others’ stories.

The US Bill of Rights supports the right to diverse voices. We can recognize the strength in that diversity and honor it. Living together as citizens of a country is a kind of marriage. The German poet, Rilke, speaking of marriage said, “…once the realization is accepted that even between the closest people infinite distances exist, a marvelous living side-by-side can grow up for them, if they succeed in loving the expanse between them, which gives them the possibility of always seeing each other as a whole and before an immense sky.” As we come closer to hear each other’s stories, we will see and hear another world. Look and look again. You will see more. When we listen closely, we will understand better. 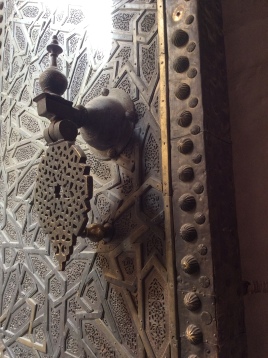 6 thoughts on “Welcoming the Strangers”