Amiee Bender’s story, “The Doctor and the Rabbi,” opens with a doctor visiting a rabbi who explains an Hassidic tale describing how at the end of your life you will have to apologize for how you didn’t live. The rabbi character in the story explains, ‘“Not for the usual sins,” she said. “For the sin of living small.”’ There are so many things in life to make one fearful of living large. To open your heart to the world, to become deeper or wider–or depending on your personality or circumstances–humbler and meeker, is risky, difficult, and just plain challenging. So, where does renewal come from? How does one transform?

In a recent trip to Bogota, Colombia, I visited the Museo de Oro, the Gold Museum. This museum holds the largest pre-Hispanic gold collection in the world. While there, I noticed how the subject of transformation frequently recurred on the exhibit descriptions. People in the ancient world of the pre-Columbian Amerindians purposefully sought after transformation, and their art in the Museo de Oro clearly demonstrated this interest. Containers were thought to be like the female gender–they held things that could transform and gain life. The ashes of the dead were placed in urns the shape of pregnant women’s bodies as if waiting for rebirth. Furnaces and crucibles, too, were seen as a kind of uterus. Potters decorated fish-shaped objects with lizards as a way to bring together the worlds of water and land. Insects, and amphibians that changed forms, such as frogs or the butterfly chrysalis, were also common in Pre-Columbian art work. Interestingly, the culture’s  connection and observation of transformation in the natural world led them to use these these observations and objects as embodied metaphors to heightened people’s consciousness and understanding.

For Amerindian populations, the physical world of plants, animals, and even minerals, intermingled with the spiritual world and were seen as holding important connections with humans. Goldsmiths, for example, were believed to have powers like a demigod because through their work and their use of fire, they transformed earthen material. Additionally, the chief  was believed to be able to transform into an animal when he used specific clothes and objects for religious ceremonies to make him look like an animal revered for its power, the jaguar. Also, because of their reflective qualities, shiny objects such as mirrors, metals, and stones like obsidian and quartz, were thought to be able to communicate with the spiritual world. Metallic plates with their glinting lights and sound they were able to give off were thought to bring people closer to the gods, and priests used them in religious ceremonies. There was an awareness that we need renewal in order to become more whole. 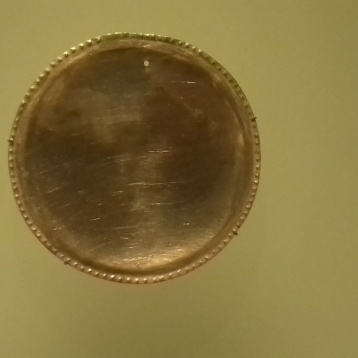 Seeing ourselves as connected to the physical world is not only good practice for ancient people, however, it’s  good for us today as well. In Richard Schiffman’s 1997 interview with Father Thomas Berry at the Riverdale Center of Religious Research, Berry states, “We bear the universe in our beings,” Berry reflected, “as the universe bears us in its being.” Something in our culture is awry, however, as Schiffman goes on to say, “We’d as soon cut down our most beautiful tree, the most beautiful forest in the world. We cut it down for what? For timber, for board feet. We don’t see the tree, we only see it in terms of its commercial value.” Schiffman describes how “Scientific research has too frequently become the willing handmaiden of what Berry called “the extractive economy,” an economic system that treats our fellow creatures as objects to be exploited rather than as living beings with their own awareness and rights. Moreover, technology, in Berry’s view, potentially separates us from intimacy with life. We flee into “cyberspace” — spending more time on smart phones, iPods and video games than communing with the real world.” Rather than a world alive with spirit, this is a world where objects are separate and alienated from the world around them.

The poet, David Whyte, in his poem, “Everything is Waiting for You,” addresses the alienating effects of living in a culture where the physical world is seen mainly for its utilitarian value. Whyte begins the poem by saying, “Your great mistake is to act the drama/as if you were alone.” Several lines later, Whyte moves on to describe everyday physical objects of our lives in our own day, and how they are more than mere objects. If we allow them to, they can bring us out of ourselves and sense our connection to the larger world.  “To feel abandoned,” writes Whyte, “is to deny/ the intimacy of your surroundings.” To feel alive, he suggests, is to feel the world not as objects but to see the shine in them, the magic beneath the surface, so to speak, and our connection to it. The world is waiting, Whyte suggests, for us to be present and to respond to it as a presence, and realizing this can change our world.

…Surely,
even you, at times, have felt the grand array;
the swelling presence, and the chorus, crowding
out your solo voice. You must note
the way the soap dish enables you,
or the window latch grants you freedom.

The things around us have a commonplace function but they are also a way to enter into other ways of being. In other words, Whyte suggests,  if we look deeply, we can notice how these things in our every day lives carry a story reflecting a deeper life. The object such as the soap dish holds for us the means to clean ourselves. Windows enable us to open our lives to an outside breeze. In their way, if we have the eyes to see it, these objects are a means for transformation, as well as a kind of blessing–a kind of modern form of the preColombians’s ability to see their connection to the world around them to help them transform their lives.

A few lines later in the poem, Whyte explains how “the doors have always been there/ to frighten you and invite you,” implying to experience the world differently Doors have often been used metaphorically in literature to represent opportunity, and opportunity can frighten us, as well as expand us. Nevertheless, the possibility is available to us to see the whole world as our alibi in this grand experiment in living. Like the shamans and priests of ancient Colombia, we, too, can allow the physical world to transform us when we open ourselves to the possibility of seeing it as a reflection of something beyond its particular form. For Whyte, this begins with opening yourself to communication with the world–relating to it as if it were less an object but a person. “Put down your aloneness and ease into the/conversation…the cooking pots/ have left their arrogant aloofness and/ seen the good in you at last.”

So often recently, I’ve heard people tell me how they feel anxious or how people they know feel anxious. Certainly, there is enough in the daily news or family events to create anxiety, but what if we took up Whyte’s idea and instead, practiced allowing ourselves to see the world, including the physical world as actually longing to have a conversation with us. Could that allow us to be more fully human–enable us to see that we can become more completely at home with ourselves, to see our own goodness and to nurture it?

Because of my interest in trees and in learning to draw them, someone recently sent me a link to a site explaining how by spending time with trees you can receive healing. The method described for this was to begin by selecting a tree, and then to frequently spend time with your chosen tree–standing or sitting near it, to touch the tree, meditating under it, and simply to approach it with a sense of love and openness. To do these things would allow a person to see and understand a tree in a new way and to enter into a kind of conversation with it. Similarly, sitting or standing before a tree–spending time with a tree, opening yourself to it as a presence rather than an object could allow us to see like an artist sees, and to experience the tree in a way that is more than the sum of its parts. While drawing a tree, an artist’s aim is more than to duplicate the tree’s exact form. Instead, the artist works to express the personality, presence, or what could be called spirit of the subject, as this is what moves the viewer to experience the subject more fully or to see it in a new way. What we spend time doing repeatedly reinforces our own thinking and ways of being, and in the end, these behaviors transform us. If we can learn to see the life inside a tree, perhaps we can transform ourselves enough to learn it is possible to experience the presence with all of what and who is around us. To live in this way would be to live in a truly transformed world.

As Harvard biologist E. O. Wilson suggests, the motivation to care for and protect other living things helps enable the survival of life as a whole on our planet. “Science and religion are two of the most potent forces on Earth,” Wilson asserts in the 2006 Harvard Gazette, “and they should come together to save the Creation.”’ As Schiffman says in his article, ” We Need to Relearn That We’re a Part of Nature, Not Separate From It,” on the Moyer’s site, both Wilson and Berry show “we need a story that cuts across traditional boundaries between fields to present a new, integral vision.”

..All the birds
and creatures of the world are unutterably
themselves. Everything is waiting for you.

To be transformed, the poem suggests, is to become nothing other than more of the fullness of our own selves–the shifting a tadpole takes as it turns into a frog or a caterpillar into a butterfly, to use the metaphors of the pre-Colombians. This is a wonderful poem to start the year with. The world is waiting for each one of us, opening its arms to us in invitation. Be it stone or water, trees or a teapot, may we all awaken to the life that waits inside every living thing by beginning with one living thing we turn to regularly with the eyes of openness and love. 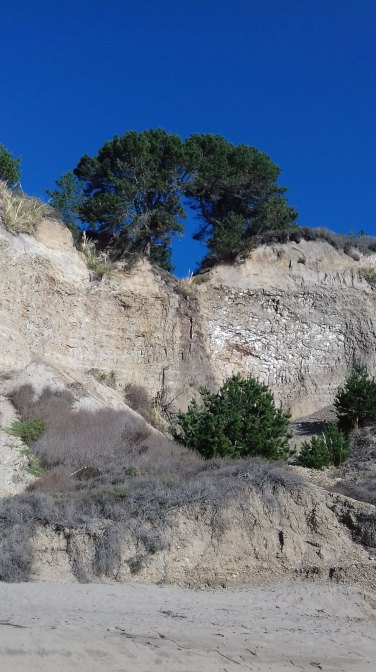