“I will sing in San Francisco if I have to sing there in the streets, for I know the streets of San Francisco are free,” said Luisa Tetrazzini during a period when an unresolved dispute arose with Oscar Hammerstein who wanted her to sing only in New York. Considered one of the greatest opera singers of her day, on Christmas Eve, 1910, Tetrazzini sang to a crowd of a quarter million at Lotta’s Fountain in San Francisco. What a spectacle it must have been! When met with a wall in her negotiations with Hammerstein where no movement or resolution appeared possible, rather than continuing the fight head on, Tetrazzini moved around the obstacle. In that choice, a different world opened to her with open arms. For Luisa Tetrazzini, those arms were found in the people of San Francisco. The Chronicle’s headlines of that event demonstrate the city’s love for her.

Tetrazzini’s audience were those who had experienced the loss of family members during the great earthquake and fire of four years earlier, as well as the many who had left loved ones and their homelands behind in the difficult search to fulfill a dream of finding a better way to live than that of enduring the unbearably difficult hardships they faced in their home countries. Tetrazzini understood her audience that December night, and spoke to their hearts when she sang “The Last Rose of Summer.” The lyrics, written by the Irish poet Thomas Moore, describe the image of a remaining single rose holding on to its stem in winter’s cold, as a metaphor for being alone in a world where those you have loved are now gone.

Days grow short in December, and people long for warmth and light–desire to gather around a fire and drink something warm, and perhaps tell stories. The Christmas holiday is often a time where people return to be with their families to do these very things. We want our experiences during this time to be full of light and joy, though the reality is that many do not have family living nearby or family to turn to for warmth and acceptance. Sometimes situations we live with or in are very difficult, and loneliness and sorrow can roll over us like great clouds moving across the horizon, catching us up in its seemingly unending breadth and dimension.

Present that Christmas Eve in 1910 to listen to Tetrazzini sing, and also named Luisa, is the character in my book, A Space Between. Newly immigrated from Calabria in southern Italy, she describes her story and the experience of Tetrazzini singing that evening.

In San Lucido I spun linen, silk and wool—thread sliding
through my fingers season after season
as I stared out at the sea’s horizon, wondering
how I could twist together my life’s frayed,
thin threads into something bigger than summer’s
white sun and winter’s cold, narrow room.

We’ve made a life here together, Gaetano and I,
loss, and hope, wound together in a garment of fog
that rolls in from across the Pacific. I walk through
my neighborhood, a thimble full of narrow streets—
a world no bigger than before but strange. Chinese,
Germans, Spaniards, Greeks, we are loose threads
dangling beneath this country’s clattering loom
of tongues, pale faces and pale ways, trying to see
how we might find our way into its fabric.

Gaetano has his barber’s shop, but I’ve given up
weaving. That was my other life. The children
are my weaving now—their lives binding this world
to the one we came from, their eyes, the rosary beads
I pray through, reinventing the world in America.

Arduino and Giovanni wait at the window
in the other room. I knead the bread, stir the soup.
Soon, Gaetano will arrive, his footsteps echoing
outside the door. All day he cuts hair, a little here,
more there, massages the scalp a bit, a splash
of cologne to go—our lives hang on thin strands of hair.

We’re not city people, though we’re living in one.
We miss our villages’ gold walls, the thousand
colors of blue swirling like music across the sea and sky.

We don’t know opera, but when Luisa Tetrazzini sang
at the corner of Market and Kearney on Christmas Eve
soon after I arrived in America, we joined the throng.

She sang “The Last Rose of Summer,” her white dress
glowing amidst the flood of dark coats and hats.

Clear, pure, her voice floated and danced on wings
above all two hundred fifty thousand of us standing in the crowd
that December night, clinging to its flame.

It lifted us from the bare dirt floors of our past, the longing
for the worlds we’d left behind, and let us believe
that fire and dreams are stronger than iron—
have substance equal to earth. 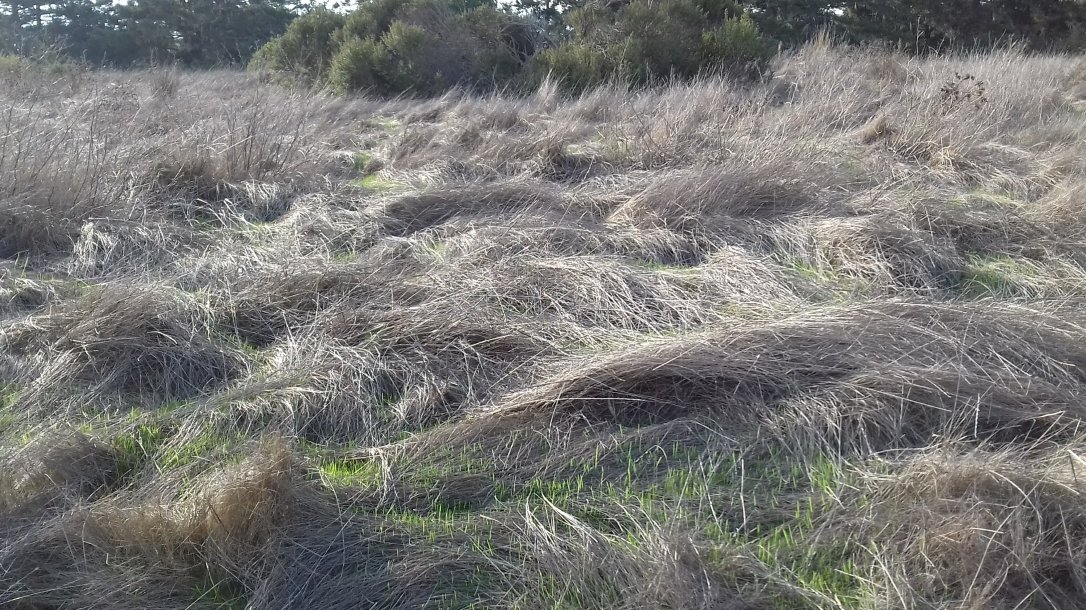 To those huddled together in San Francisco’s winter streets that Christmas Eve in 1910, Tetrazzini created a shared experience that unified them with others. In doing so, she enabled them to recognize in the midst of their difficulties they were also part of each other and a shared hope.

We live in a world of growing struggle today as well. People across the continents feel bowed down, bent over with difficulties, and are struggling to right themselves. In Chile recently, opera singer Ayleen Jovita Romero broke curfew to sing into the streets from her window “El derecho de vivir en paz” (“The right to live in peace”) composed by folk singer Víctor Jara, who was murdered in the 1973 military coup by General Augusto Pinochet.

In India the Guardian reports Gandhi’s great grandson, Tushar Gandhi, saying, “”For the first time in independent India…laws or systems are being attempted to be imposed which discriminate, which differentiate, on the basis of religion…There should be a debate on the ramifications of [the CAA] internationally,” says Tushar. “It concerns every democracy and it concerns everybody who believes in inclusivity and in the liberal ideology…“It’s not what you profess, but what you practise that makes the world realise who you follow,” he said of Modi.” Protests in India are being met with increasing violence. Similar to Chile, in India, too, actors, artists and singers have raised their voices to speak against the injustices.

It is not in India or Chile alone, however, that the masses of everyday people are protesting injustices regarding the lack of basic human rights. Across the world from Myanmar to Colombia, current ways the systems we live inside are functioning are creating crises. Though democracies are built around the idea that diverse perspectives have value and need to be heard, and though our current economic systems are built around the exchange of each other’s diverse strengthens, we humans struggle with adapting to change, wrestle with how to communicate effectively across cultural divides, and, in general, fall short of making progress toward loving our neighbors as ourselves or treating them with respect. Finding a way to create social contexts where people are not merely toiling to survive, but can flourish is extremely challenging.

Stepping into a wider view during these troublesome times, it’s worth noting how everything in nature is interdependent on the life around it for survival. To live only unto ourselves and for ourselves is to die. Though we may think we stand on the outside of others’ problems or feel the natural world is ours to use as we wish, we are actually share struggles that arise, as what one person or one country does ripples through the interactions between other countries and their citizens as well, affecting the atmosphere of our social contexts, as well as influencing our relationships to the natural environment.

The words from Moore’s poem, “The Last Rose of Summer,” speak directly to this interconnectedness. “I’ll not leave thee, thou lone one! / To pine on the stem;” writes Moore. How empty and meaningless a world where no friendship is given or exchanged. We need each other, including interactions with the natural world that not only sustain, but regenerate life. As Moore’s poem goes on to say,

When friendships decay,
And from Love’s shining circle
The gems drop away.
When true hearts lie withered,
And fond ones are flown,
Oh! who would inhabit
This bleak world alone?

When our spirits are lifted, our bodies are lifted too. Music can sustain us, can heal. This is something most of us have experienced and intuitively know, but there is also a growing body of researched evidence to demonstrate this. Robin Seaton Jefferson’s recent article in Forbes, NIH Bets $20 Million Music Can Heal Our Brains describes music’s wide range of healing capacity. Our bodies physically benefit from music, as neurologist Alexander Pantelyat from John Hopkins University explains, in this video. Engagement in making music, activates more parts of the brain than just about any other activity,” Pantelyat states.

Imagine yourself standing alongside Luisa in the poem above, newly immigrated to America in the cold December night, or imagine yourself walking the streets of Santiago as Ayleen Jovita Romero sings into the street and you recall your disappeared family members who wanted the right to live in peace, but were instead killed, or imagine yourself a person of Muslim faith standing beside your Hindu neighbors asking for your life to be held in equal value as those you live alongside of in India, and listen here as Diane Syrcle singing the “The Last Rose of Summer” that she recorded for me to be able to share with you.  Perhaps as you listen, you, too, can find yourself in the story of those who have longed for friendship and care to be extended to them, so as to not be left in this bleak world alone.

In the midst of life’s challenging experiences, we need ways to find others’ stories in our own story. Music in its ability to unify both body and spirit, can help us discover a path to walk toward that place of being together. 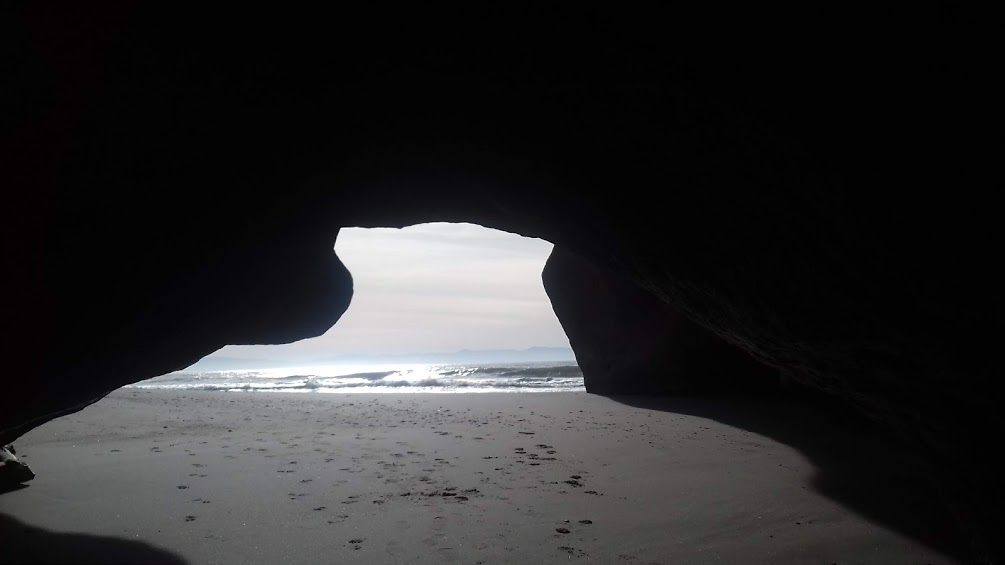